A great driver can surely pay dividends to any golfer. Having the right driver doesn’t only set up your approach shots, it sets the tone for your entire round. When you’re driver isn’t working, the rest of your game unravels.

We believe that owning a driver that can produce crisp, accurate tee shots makes you feel happier and more confident, resulting in a relaxed game and most likely a lower score. That’s why we took the time to test out some of the best drivers on the market, and offer our pick for the driver that’s worth investing in.

Here’s an overview of the three drivers we selected, followed by our pick for 2017’s top driver:

Taylormade M1 – After a few swings, we were able to see some nice drives from the M1. For the most part, good contact resulted in ideal ball speed and accurate drives, however we found our shots to be inconsistent.

The T-track on the driver head was easy to use, and allows you to adjust your shots both vertically and horizontally. We felt there were too many settings on the club overall (10,880 possible head set-ups to be precise), and we spent too much time playing with the adjustments, feeling out what worked best for our swings. Even when we found settings that delivered ideal shots, our swings didn’t feel natural and we often felt uncomfortable.

The M1 was impressive when hit well, but those shots were unpredictable. We felt that our set up had to be precise, and our swings had to be perfect. If you’re looking into an M1, be prepared to spend time adjusting both your swing and the club head in order to see the results you need.

Callaway Epic – Holding the Epic felt the most natural out of any driver we tested. With a natural feeling swing with little need for adjustments, the Epic provided us with a smooth follow through and amazing distance.

We were surprised and excited that even mishit drives seemed to remain straight and accurate. Without making any adjustments, we were able to achieve great hang time and an ideal ball spin of between 2000 – 2500 RPM. However, if needed, there is a 17g sole weight that allows you to vary your spin, and the Optfit Hosel is available for those who want to adjust their loft.

With a light, smooth swing, we were easily able to turn club head speed into ball speed, and noticed an improvement of carry that resulted in longer drives. The Epic does exactly what you want a new driver to do, and that is improve your drive without the need of major adjustments to your swing.

Titleist 917² – Like its predecessor the 915, the 917² offers a light head that results in a smooth and natural swing. Although we felt like we were making great contact with the ball, unfortunately the club provided a low ball spin which didn’t result in great distance.

The Surefit Sole Weights made adjusting the head one of the easiest of any club we’ve used, with weights ranging from 8g to 16g, but after a proper fitting and adjustment, we saw complete opposite results, with ball spin hitting as high as 3000 RPM, which made our shots way too hard to control.

It took some playing around with the weights before we got into our groove of consistent, accurate drives, but ultimately we decided that the average golfer with an average swing speed isn’t going to be able to generate the optimal spin on the ball, and won’t see as much carry as they’re likely used to with their driver.

While the M1 surely impressed when properly hit, we felt we were required to adjust our swing too often. When you’re investing that much money into a driver, you don’t want to spend your season tweaking your game.

With the Titelist 917², we felt like we were compromising distance for a smoother swing. Titleist makes some of the best irons in the game, however their driver technology hasn’t yet caught up to the competition. We expect big things out of Titleist drivers in the future, but wouldn’t opt for their driver just yet.

The clear winner for us was the Callaway Epic. Adjustments were simple, and in most cases unnecessary. There was a noticeable difference in distance and accuracy, and those shots were more consistent than the other clubs we tested. The Epic felt great, and offers the average golfer a game-recovering forgiveness that can’t be overlooked, making it well worth the investment.

Feel the need to upgrade your driver? Come talk to our professionals in the Pro-Shop, and we can help fit you with the best drivers to help improve your game. 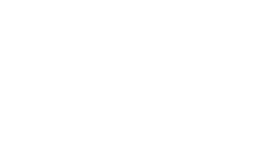